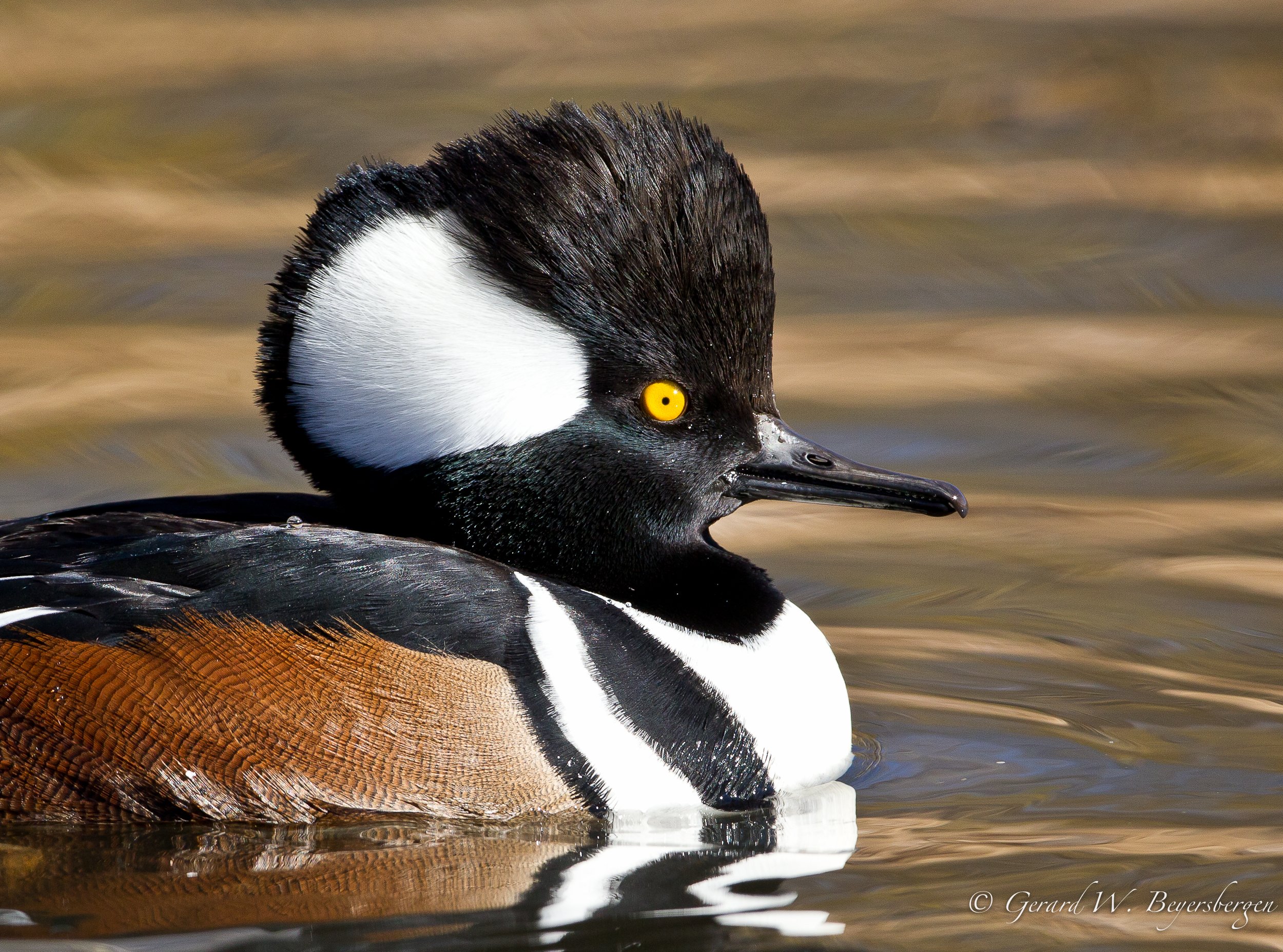 Posted at 14:50h in Birding, Updates by JamesWaldron
Share

Observe the Hooded Merganser. This small sawbill is indigenous to North America. The handsome drake has plumage with geometric patterns and a black and white crest. The hen has a crest that’s buff to chocolate brown.

Appreciate the Red-breasted Nuthatch, a common resident of boreal forests. It has a “tinhorn” yank, yank call and forages in conifers.

Identify the Northern Harrier, a slender, medium-sized raptor sporting a white rump patch. The wings are long and relatively narrow, held above the horizontal in a dihedral. Juveniles and adult females are brown above and cream (adults) to chestnut (juveniles) below, often with dark streaking. The “Gray Ghost”, the adult male, is gray with black wing tips above and white with faint rufous spotting below. 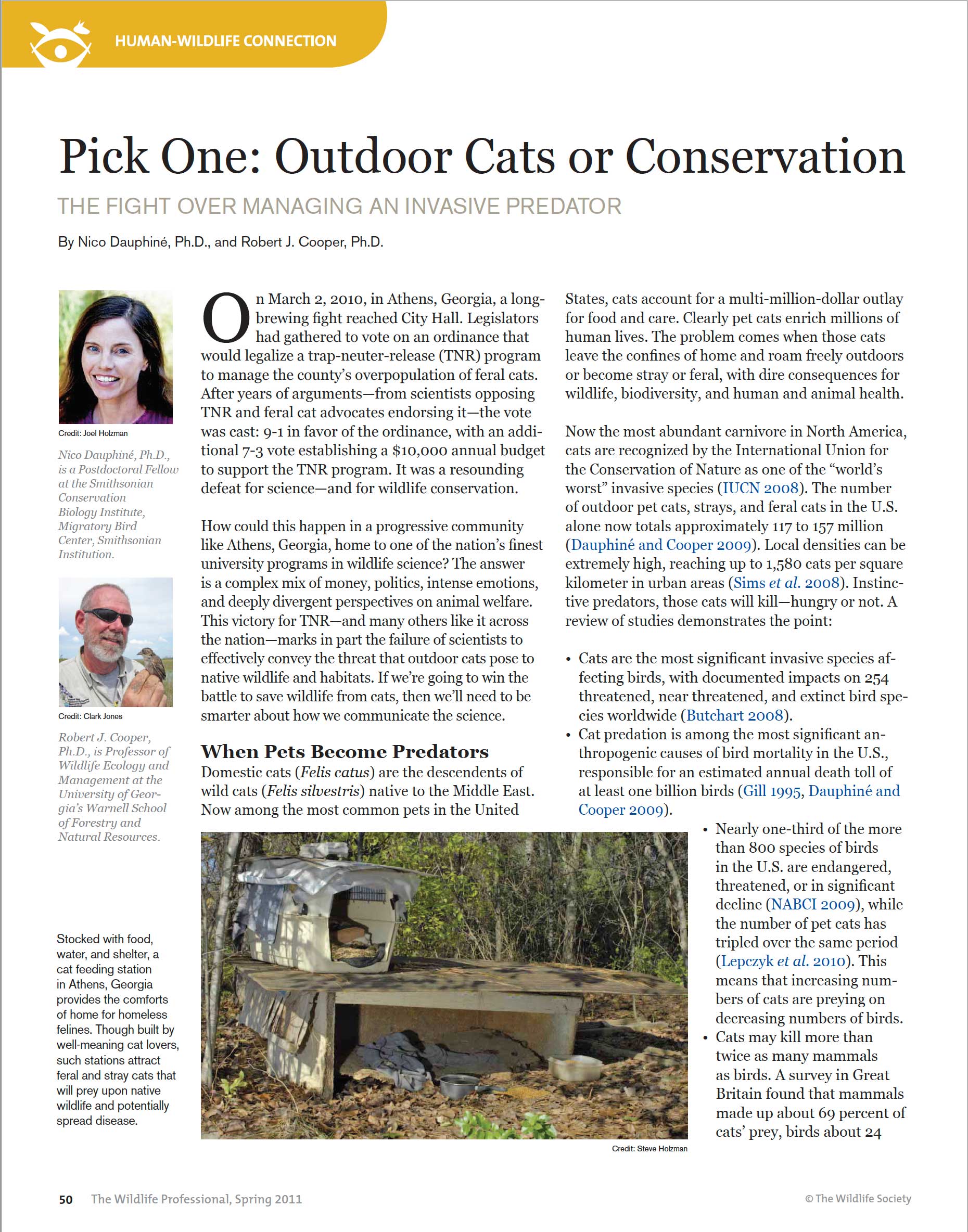 Cats are the biggest factor in the preying on birds – 2.4 billion birds a year are estimated to be killed by cats.

In the issue below of The Wildlife Professional magazine, there was an article devoted to examining cats and their impact on birds. 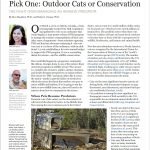 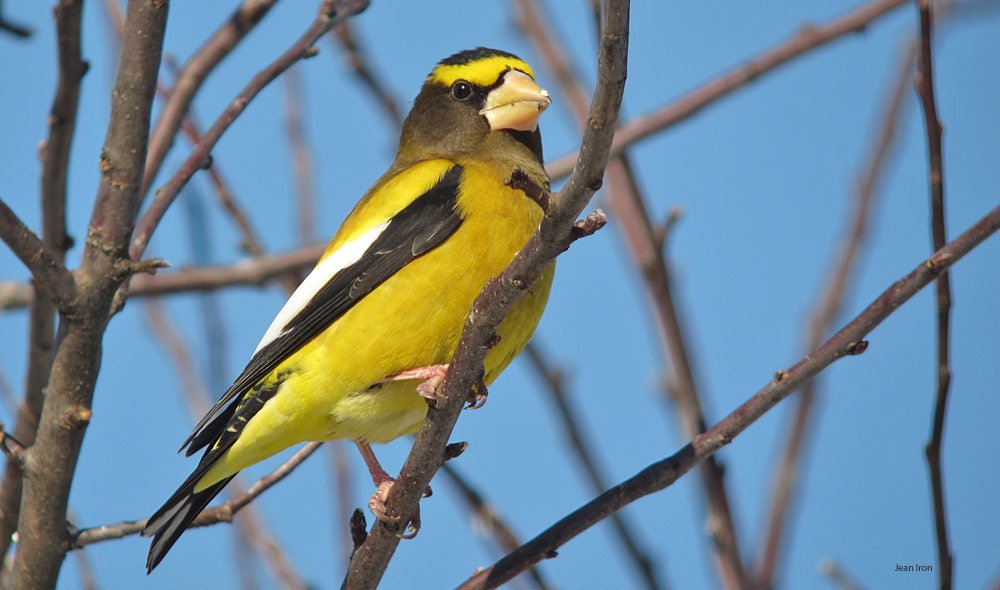 General Forecast: This is an irruption (flight) year for winter finches in the East. Cone and birch seed crops are poor to low in most of Ontario and the Northeast, with a few exceptions such as Newfoundland which has an excellent spruce crop. It will be a quiet winter in the North Woods. Expect flights of winter finches into southern Ontario, southern Quebec, Maritime Provinces, New York and New England States, with some finches going farther south into the United States. Stock your bird feeders because many birds will have a difficult time finding natural foods this winter. This forecast applies primarily to Ontario and adjacent provinces and states. Spruce, birch and mountain-ash crops are much better in Western Canada. For the details on each finch species, see individual forecasts below. 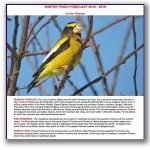 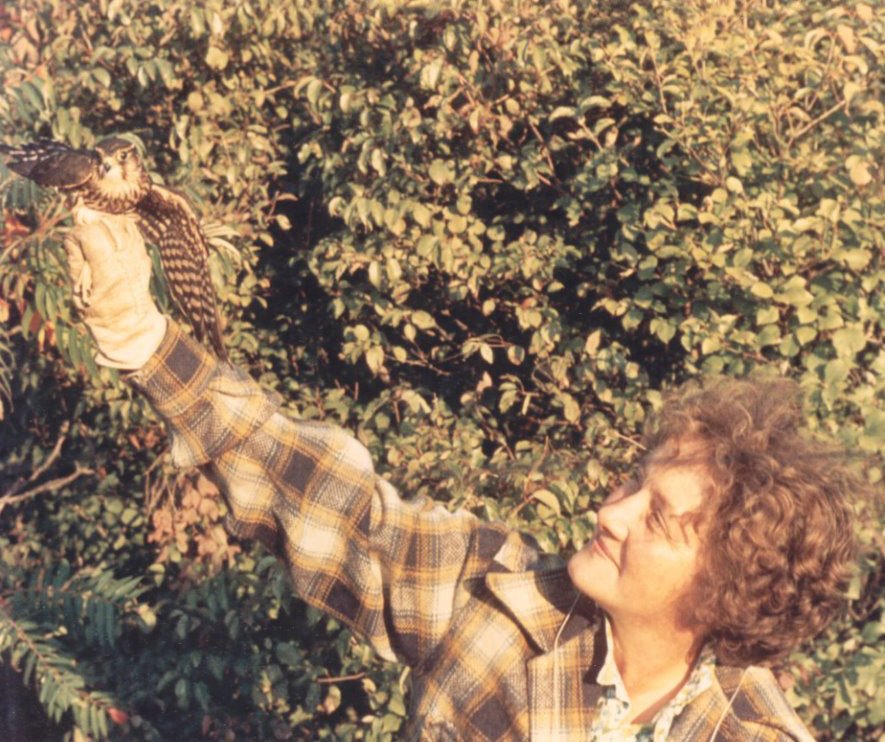 Betty Anderson’s professional career began in 1957, with the Massachusetts Department of Public Health’s Encephalitis Field Station where she researched Eastern Equine Encephalitis. At Mass Audubon, she was a teacher, and she introduced hundreds to birds and natural history.

As Betty’s enthusiasm for research and bird-banding grew, she eventually established a banding station on Duxbury Beach. It was a project coordinated by Chandler Robbins, James Baird and other banders of the day. Betty’s active involvement with this banding station led to the establishment of the Manomet Bird Observatory (now known as Manomet, Inc.). Betty was its founding director from 1969-1983. During her tenure, she was able to touch and influence the lives of hundreds of budding ornithologists in her roles as educator, mentor, ornithologist and in inspiring all she contacted.

Betty served as an active member and a Chair of the Massachusetts Natural Heritage and Endangered Species Program’s Advisory Committee. In 2007, she received the prestigious Governor Francis W. Sargent Award from the Massachusetts Division of Fisheries and Wildlife.

In 1974, Betty was the first woman ever elected to membership in the Nuttall Ornithological Club and then became its first female President in 1987. She was a recipient of Cornell Lab of Ornithology’s prestigious Arthur A. Allen Award in 1984. Betty became a Fellow of the American Ornithologists’ Union in 2005. She served on the boards of Mass Audubon, Hawk Mountain Sanctuary, the New England Wildflower Society, the North American Loon Fund as well as the American Birding Association.

Betty was a prolific author [over 50 professional papers and numerous popular articles in journals and magazines]. However, among her most valuable professional contributions are her personal journals documenting early indications of climate change as a result of 50 years of continuous observation of the natural world on her own 100-acre property in Middleboro.

Betty Anderson gave much to many people for many years. She’ll forever be remembered for her skill to enthuse, enlighten, educate and motivate others to become the best that they could be. I’ve thanked Betty many times for her kind encouragement, her friendship, avian knowledge and her support of me and Newburyport Birders. Godspeed, Betty.