Posted at 21:30h in Birding by Newburyport Birders
Share 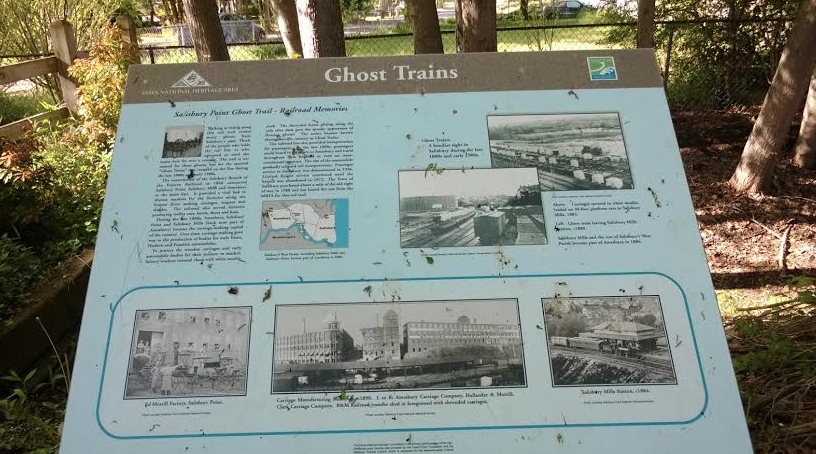 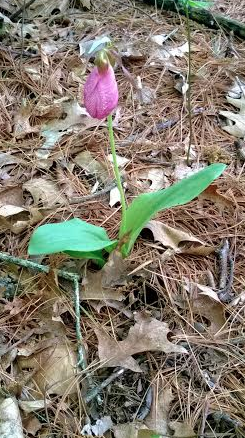 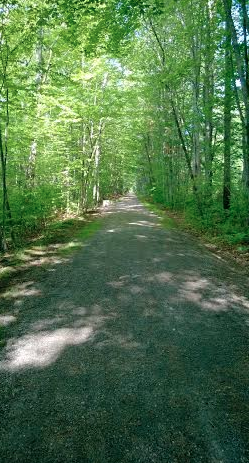 The Salisbury Point Ghost Trail provides a peaceful 1.8 mile,walk or bike ride through the woods on a well-maintained stone-dust trail. Salisbury shares railroad history with Amesbury, the Salisbury Point Ghost Trail name comes from the train cars transported carriages and early auto bodies covered with white, muslin shrouds. The trains passed through Salisbury with their “ghostly” freight on their way to Boston, Detroit and New York. Also popular on the Salisbury rail line was passenger service, and people could travel throughout New England, or even make a transcontinental journey from Salisbury. In 1936, this passenger service was discontinued.
We accessed the trail from Bartlett Street. To reach Bartlett Street from I-95, take Exit 58 for State Route 110 east. Take Route 110 also known as Elm Street about 2 miles; turn left on Bartlett Street. The small parking lot will be on your left.We saw some Lady’s Slippers some were 6 to 15 inches tall.  Often we see them in flower between May and July. The species name acaule is Latin, meaning, “stem less”, referring to the plant’s leafless flowering stem. Another common name for this plant is moccasin flower.  In the 1800’s and 1900’s, Lady’s Slippers were regarded in traditional practices as having medicinal value. The root of lady’s slipper was used as a remedy for nervousness, tooth pain, and muscle spasms. It, as well as other orchids, were widely used as a substitute for the European plant Valerian for sedative properties.   Lady’s Slippers grow in mixed hardwood coniferous forests of pine and hemlock on rocky or mossy slopes.  They like deep humus and acidic but well-drained soil found under birch and other deciduous trees of eastern United States forests.  In order to survive and reproduce, Lady’s Slipper interacts with a fungus in the soil. We came across many lively and speedy young chipmunks.  I can see why their pudgy cheeks, large, glossy eyes, stripes, and bushy tails made them a favorite among animators, and landed them in roles in Hollywood.  Chipmunk litters consist of two to eight young. The young stay with their parents for about two months before they’ll begin to gather their own provisions for the winter ahead.Our sightings:American CrowWild TurkeyBlack-billed Cuckoo – vocal just before the solar farmRed-bellied WoodpeckerDowny WoodpeckerHairy WoodpeckerEastern Wood-PeweeEastern PhoebeGreat Crested FlycatcherRed-eyed VireoBlack-capped ChickadeeTufted TitmouseWhite-breasted NuthatchHermit ThrushGray CatbirdAmerican RobinCedar WaxwingOvenbird  Common YellowthroatYellow WarblerPine WarblerChipping SparrowSwamp SparrowScarlet Tanager  Baltimore OrioleAmerican GoldfinchGood birding,Sue