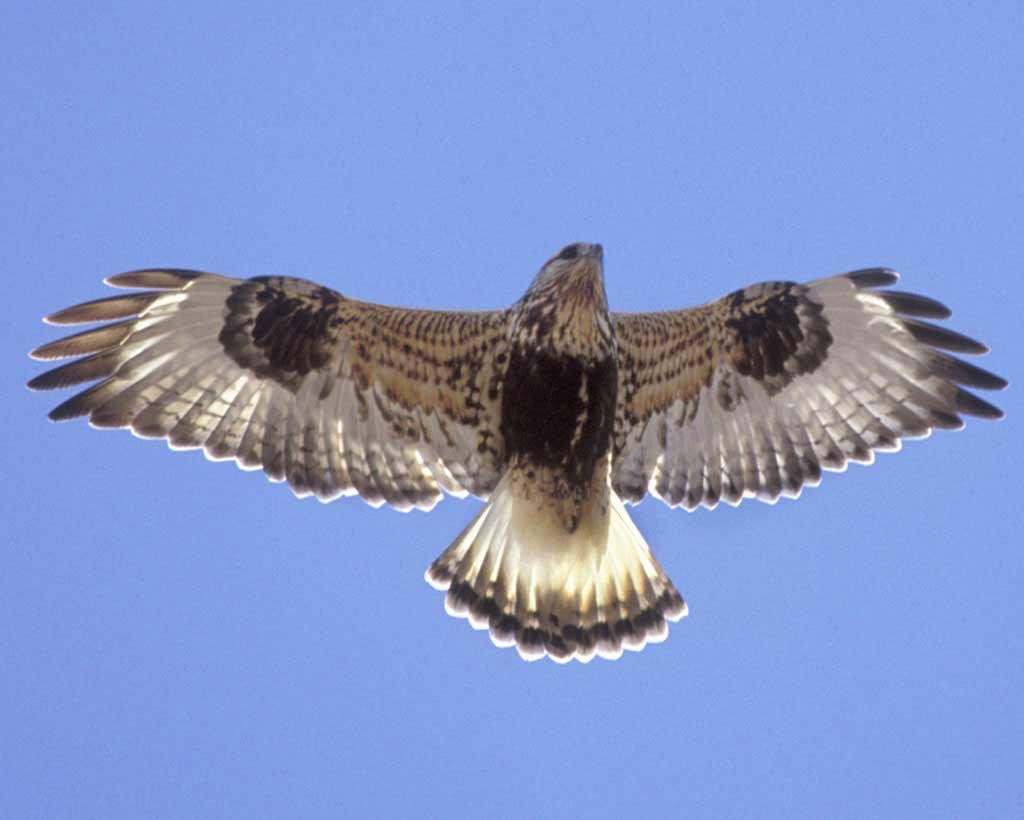 Rough-legged Hawk Photo credit: Brian Wheeler
“Rough-legged” means feathers down the legs to the base of the toes