A Shadow and A Song

Posted at 22:26h in Birding by Newburyport Birders
Share

I just finished A Shadow and A Song which began in the late 1950’s before Cape Canaveral became Kennedy Space Center. 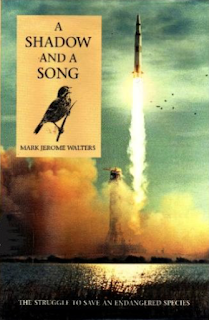 Several rivers & marsh land in the backdrop of Merritt Island hosted the Dusky Seaside Sparrow where it thrived.  A cast of characters & strong-minded individuals become tangled up with the sparrows. The author, Mark Jerome Walters, D. V. M., chronicles the balance between saving an endangered species & advocating for growth & development to benefit humans.